Page 160
He is crouching beside the guard-house steps, rolling a twig between his fingers
while he waits, trying not to think of the pain in his leg. He feels very old. Beside
him is the heavy one. The texture of his mind is like iron and mercury. He is very ...
Page 261
moved her fingers along the leather strands of her necklace, from the milky shell
streaked with gold, to the one that was plain mother of pearl, then to the one with
veins of red, and thought, "Oh, he tried, he tried to dream some fragment of me ...
Page 333
Malis are supposed to lurk, vicious and malevolent, in the night streets of the city.
But these were like no malis they had ever seen. Jon and Alter stayed and
frowned. So when the tall woman suddenly pointed a furious, quivering finger,
crying, ... 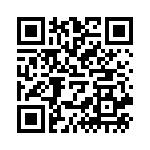