A story that grew on me the more I listened to it. Not for everyone and definitely not for the church library. But still some gems of great writing. Read full review

This is a story about writing in novel form in my opinion and is reported to be the author's best work. The story is about an American writer, Samson Young, in London, dying of cancer with a 20 year ... Read full review

Martin Amis, son of the novelist Kingsley Amis, was born August 25, 1949. His childhood was spent traveling with his famous father. From 1969 to 1971 he attended Exeter College at Oxford University. After graduating, he worked for the Times Literary Supplement and later as special writer for the Observer. Amis published his first novel, The Rachel Papers, in 1973, which received the prestigious Somerset Maugham Award in 1974. Other titles include Dead Babies (1976), Other People: A Mystery Story (1981); London Fields (1989), The Information (1995), and Night Train (1997). Martin Amis has been called the voice of his generation. His novels are controversial, often satiric and dark, concentrating on urban low life. His style has been compared to that of Graham Greene, Philip Larkin and Saul Bellow, among others. He is currently Professor of Creative Writing at the Centre for New Writing at the University of Manchester. In 2008, The Times named him one of the 50 greatest British writers since 1945. 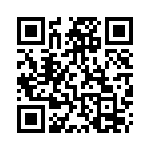