Page 53
6 : Cartoon by Don Morel Morel drew several cartoons in connection with ideal
translation , a translation likely found the ... But then , Raven ' s great talent is to
translate herself and himself freely The Double Hook , as Bowering has shown ...
Page 56
Although Raven ' s cousin , and alter ego , Coyote presides in Jeannette
Armstrong ' s Slash ( 1985 ) , the novel might be said to translate Raven ' s most
discordant saw - whetting , even retching . The novel takes the form of a political
memoir ...
Page 208
Translation from a score of markedly different First Nations languages , I have
argued , tempts almost every writer in the Northwest . The temptation is closely
allied to the possibility of animals , birds , and stones talking : take , for example ,
the ... 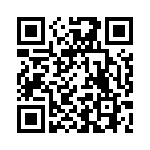