≤ń 65 ≠∂
Society itself finds its form , its °ß structure and process , " through formal organizations . The only goal of business , he says , can be service . It is not profit nor power nor political ideology and certainly not personal gain .
≤ń 172 ≠∂
Trivial Organizations The work of Wilensky , Selznick , Janowitz , and some others , despite its flaws , has at least paid attention to important organizations in our society . Most of the literature in the institutional school ...
≤ń 173 ≠∂
Television specials will focus on such symptomatic problems of society as racial discrimination , poverty , violence , insanity , and addiction and such isolated groups as migratory workers and Indians . But TV usually ignores the mass ... 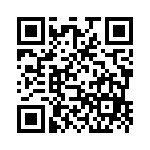