Page 94
Cardiocirculatory Insufficiency Syncope, cardiac failure, shock, and
cardiocirculatory arrest are four conditions which imply an inability of the
cardiovascular system to supply blood adequately to the peripheral tissues, in
relation to their needs.
Page 95
Thus, though shock may be precipitated by myocardial infarction with deficient
cardiac output, the consequent peripheral hypoxia may result, later, in dilatation
and an increased permeability of the peripheral vascular bed. Similarly, if shock
is ...
Page 103
Sympathomimetic amines differ markedly in their cardiac and peripheral actions
and, consequently, their overall effect on the cardiovascular system. Consider the
actions of norepinephrine, epinephrine, and isoproterenol as presented, ... 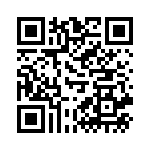