if you are going to a desert island and have to take only five books with you, please take this one. it is 10 years old, but it is an amazing summary and not yet out of date -- some of the stuff he wrote about time and flows, people have mostly not even thought about yet. Read full review

labour in the network society

Manuel Castells is Professor Emeritus of Sociology and Planning at the University of California, Berkeley. He is also the Wallis Annenberg Chair in Communication Technology and Society at the University of Southern California, Los Angeles, and Research Professor at the Open University of Catalonia in Barcelona. He is Distinguished Visiting Professor of Technology and Society at M.I.T., and Distinguished Visiting Professor of Internet Studies at Oxford University. He is the recipient of numerous academic awards, including the Guggenheim Fellowship, C. Wright Mills Award, the Robert and Helen Lynd Award from the American Sociological Association, and the Ithiel de Sola Pool Award from the American Political Science Association. He is a Fellow of the European Academy, a Fellow of the Spanish Royal Academy of Economics, and a Corresponding Fellow of the British Academy. He has received 14 honorary doctorates from universities around the world. He has authored 22 books, among which is the trilogy The Information Age: Economy, Society, and Culture, first published by Blackwell in 1996–8, and translated into 20 languages. 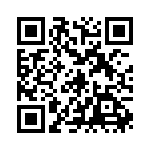