Ernesto Quińonez was born in Ecuador, but arrived to New York City he was eighteen months old and was raised in El Barrio, East Harlem. Quińonez is also the author of Bodega Dreams and Chango's Fire. Quińonez is an Associate Professor at Cornell University, where he teaches Creative Writing, Latino Fiction and Magical Realism, among others. 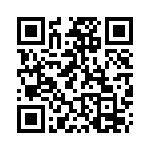