Page viii
PAGE How the Lord King departed from Montpellier and my Lady the Queen bore a son who was called En Jaime , who was , in regular course , crowned King of Aragon and married the daughter of King Don Fernando of Castile , and a daughter ...
Page lviii
give up his jousts and tourneys until it was too late , and 1291 he died on the 18th of June 1291 , leaving the kingdom to his brother Jaime . VII . Again , as on the death of Pedro , the heir to the throne was absent from the country .
Page 17
The eldest was called the Infante En Pedro , the other the Infante En Jaime , and the other the Infante En Sancho , who became archbishop of Toledo . And of the daughters , one became Queen of Castile , and the other Queen of France ...

54 other sections not shown 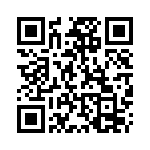