THE AMERICAN BYRON: Homosexuality and the Fall of Fitz-Greene Halleck

In his new study of a 19th-century American poet, Hallock uncovers convincing evidence that homophobic critics forced him into selfcensorship, isolation, and, ultimately, silence. Are we talking about ... Read full review

The American Byron: homosexuality and the fall of Fitz-Greene Halleck 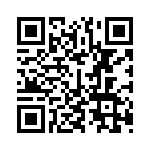