Marilyn Jeffers Walton is a graduate of the Ohio State University, an editor, and author of six children's books and World War II nonfiction. This collaborative endeavor is her tenth book. She has written two non-fiction books about police K9s and numerous magazine articles for World War II and Police K9 publications. As a World War II researcher, she has visited Stalag Luft III and re-enacted her father's 52-mile winter evacuation march through Poland and Germany. She is the mother of three sons and lives in Columbus, Ohio, with her retired university professor husband. Michael Eberhardt is a lawyer in private practice, having previously worked for the U.S. Department of Justice, U.S. House and Senate Committees, and the Department of Defense. He is married with two children and resides in Dallas, Texas. His interest in the subject of this book stems from a 2011 trip to Stalag Luft III, where his father was held as a POW, as well as meetings and correspondence with ex-POWs, surviving crew members from his father's B-17, and descendants of German camp personnel. 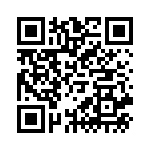