David Sheff is currently a contributing editor of Playboy, Wired, and Yahoo! Internet Life and is on assignment for Fortune and Vanity Fair. He was formerly an editor of New West and California magazines. His articles and interviews have appeared in Playboy, The New York Times Magazine, Rolling Stone, Wired, Outside, Forbes ASAP, The Los Angeles Times Magazine, and Esquire. His current book, Beautiful Boy: A Father's Journey Through His Son's Addiction, tells the personal story of his own family's fight with addiction. He attended the University of California at Berkeley, where he received a degree in social science. He lives in San Francisco, California with his wife and three children. 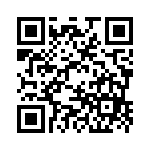