HIS HONOUR: Mr Jardim, withdraw that comment immediately. MR JARDIM: Your Honour, I'm not withdrawing it because it's got nothing to do with the merits of this case, just as your small-minded ... Read full review

Charlie Jardim is a barrister who thinks he has gutted his career by bagging a judge. But a prosecutor throws Charlie a lifeline and get him to visit a small town to check a witness statement. Once in ... Read full review

Jock Serong’s most recent novel, On the Java Ridge, a fast-paced political thriller, was published in 2017. His debut novel Quota won the 2015 Ned Kelly Award for Best First Crime Novel. The Rules of Backyard Cricket is nominated for a 2018 Edgar Allan Poe Award and was shortlisted for the 2016 Victorian Premier's Literary Award. Jock teaches law and writes feature articles in the surfing media and for publications such as The Guardian and Slow Living. He lives with his wife and four children in Port Fairy, Victoria. 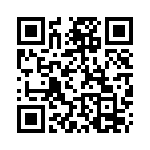