How to start a letter like a boss: "Eleanor, by the wrath of God, Queen of England, Duchess of Normandy and Count of Anjou". This letter was written to the pope asking him to enforce his edict ... Read full review

The main title of this book is a bit misleading as the role of Blondel is fairly marginal and I am not sure I am convinced by the author's theory that the story is essentially true. But as an account ... Read full review 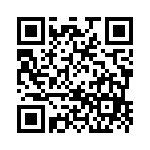