Page 65
A girl named Inelda Andino had killed Popcorn. Negra 's explanation was simple:
"She was always jealous of his hair. Popcorn had the best hair in the
neighborhood and that girl was shallow. So shallow, I've stepped in deeper
puddles." Later ...
Page 143
spiritual girl in the congregation. Once he sees that, he might marry her." I
laughed even harder. "So you think, Blanca, that Roberto Vega is going to give
up his celebrity status in your religion to help this girl from Colombia? Blanca, you
can be ...
Page 153
"So like you know I was with this white girl las' night and they like good in ... You
know, like, Spanish girls, they moan to you, 'A\y papi, ayy papi.' See, I like ... But
white girls, white girls say shit like, 'Oh, God, oh God' or shit like 'Oh yes, oh yes. 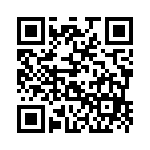