Michelle Magoriancombines her two careers as actress and writer. Her very first book, Goodnight Mister Tom, propelled her to fame and is widely regarded as a modern classic.

Michelle Magorian never set out to be an author. Her long-held ambition was to be an actress. She studied at The Rose Bruford College of Speech and Drama and Marcel Marceau's International School of Mime in Paris. Whilst in Paris, she began a journal. After finishing her training, she embarked on work in touring and repertory theatre companies, continuing to scribble away in secret. It was in this environment that Michelle wrote Goodnight Mister Tom. Whilst researching Goodnight Mister Tom, Michelle came across a photograph of a group of English children on a liner, returning from America to England. This picture inspired her second novel, Back Home. Michelle achieved her ambition of becoming an actress and has worked in theatre, television and film. Appropriately, both Goodnight Mister Tomand Back Homehave been adapted for television. Back Homewas also adapted for BBC Radio 4 and Goodnight Mr Tomhas been performed as a stage musical. 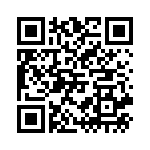