Page 229
They anxiously about , and D. giving moved down the hill , dropped him vain instructions in a to a walk , and some of them loudish whisper . began to feed again in a hollow This may sound absurd , but not more than a quarter - mile it ...
Page 335
I prepared waves , autonomous now , cut twice , and twice moved to avoid off from the controller brain . the grass stems through which I was afraid he would escape we were looking as through a and fired hurriedly , looking screen .
Page 670
However , just married privately , and then after his twentieth birthday , announced the fact to their his regiment was moved to relations . Apparently both Clogher , in County Tyrone , and families heard the news with here an incident ... 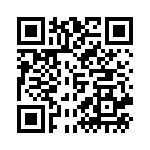