A. L. Tait grew up dreaming of world domination. Unfortunately, at the time there were only alphabet sisters B. L. and C. A. and long-suffering brother M. D. M. to practise on . . . and parents who didn't look kindly upon sword fights, plank-walking or bows and arrows. But dreams don't die and The Mapmaker Chronicles and The Ateban Cipher, the author's two series of books for children, are the result. A. L. lives in country New South Wales with a family, a garden, three goldfish and a very cheeky border collie. A. L. Tait writes fiction and non-fiction for adults under another name. 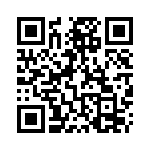