Professor Paul Frijters is a Professor of Economics at the University of Queensland. He was elected 'Best Economist under 40 in Australia' by the Economic Society of Australia for 2009–11, and his work consistently ranks in the top 4% of downloaded and cited economic research in the world. Professor Frijters has undertaken research in a wide variety of fields, including happiness and well-being, migration in China, behavioural economics and health economics. The findings of his research feature regularly in the global media.

Dr Gigi Foster is a senior lecturer in the School of Economics within the Australian School of Business at the University of New South Wales. Her research focuses primarily on decisions related to human capital, with a particular emphasis on social influence and behavioural economics. 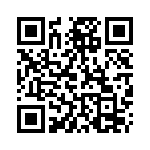