Philip M. Allen is dean of the School of Arts and Humanities at Frostburg State University in Maryland. 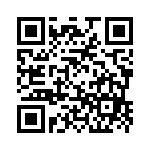