Page 76
Their slogan became ' Put the value back into the pound ' , though they did not
explain how this could be achieved at a time of full employment without
government intervention on a scale well beyond anything attempted by Chifley .
Instead ...
Page 205
In other states executions became rarer , and when they happened provoked
increasing protest . South Australia did not send anyone to the gallows after the
Stuart case of 1960 , when Max Stuart , an Aboriginal convicted on contentious ...
Page 278
From his early beginnings with the Australian Rupert Murdoch by the late 1980s
grew not only into Australia's biggest media magnate but also became owner of
the London Times , its very popular idiot half - brother the Sun , and many other ... 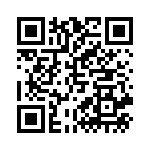