Page 104
32 In the cities of the Australian colonies it looked as though the innings of the
people , as distinct from government by gentlemen , was about to begin . In the
elections to the Legislative Assemblies of New South Wales , Victoria , Tasmania
...
Page 148
In this way George James Landells , a man who could not bear to be told what to
do , and John King , a simple - minded , god - fearing man , who looked up
without envy or malice to those placed in authority over him , and was capable of
that ...
Page 345
... and said ' That's better ' as a smile of great beauty passed over their faces , and
the women giggled , and looked as though they wanted the men to take some
notice of them , and perhaps fondle them . Someone would produce a concertina
... 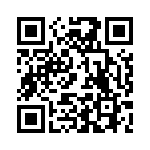