Hosseini’s tragic coming-of-age story about a fractured friendship has so much emotions, suspense and drama. It tells us the story of the son of a rich Afghan, Amir and the son of a servant, Hassan ... Read full review

Though carefully and dramatically crafted, this is the kind of book that makes me think it is long past time for us to re-cross the African Savannas and hoist ourselves back up into the trees. Horror after horror, Betrayal after Betrayal, Lies, Guilt, and Grief...after.... Read full review

Khaled Hosseini was born in Kabul, Afghanistan and moved to the United States in 1980. His novels The Kite Runner and A Thousand Splendid Suns were international bestsellers, published in thirty-four countries. In 2006 he was named a US goodwill envoy to the United Nations Refugee Agency. He lives in northern California.

Matthew Spangler is a playwright, director, and professor of Performance Studies based in the San Francisco Bay Area. His adaptation of Khaled Hosseini's novel The Kite Runner received five San Francisco Bay Area Theatre Critics' Circle Awards including Best Original Script. His other plays include Tortilla Curtain, adapted from the novel by T.C. Boyle, which received an Edgerton Foundation New American Play Award, as well as being a finalist for the San Diego Theatre Critics' Circle Award for Best New Play; Albatross based on the poem by Samuel Taylor Coleridge, which received Boston's Elliot Norton Theatre Awards for Outstanding Production by a Small Theatre and Outstanding Solo Performance. Other works include one-person shows of James Joyce's Dubliners and Finnegans Wake; A Paradise It Seems, an adaptation of John Cheever's short stories; Mozart!, a musical theatre adaptation of Wolfgang Amadeus Mozart's letters; as well as stage adaptations of John Steinbeck's fiction; Ernest Hemingway's short stories; Clyde Edgerton's Where Trouble Sleeps; and Thomas Wolfe's The Lost Boy. He has also written articles on the adaptation of literature for the stage, Irish theatre, and intercultural theatre that have appeared in numerous journals and books. His book Staging Intercultural Ireland: New Plays and Practitioner Perspectives (co-edited with Charlotte McIvor) was published by Cork University Press in 2014. Matthew Spangler is Professor of Performance Studies at San José State University in California. 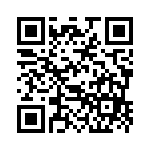