Page 214
The folktale typically ends with the marriage of the third princess — as most Märchen end with marriage , a fact confirmed by Propp's Morpbology of the Folktale . " Normally , the king and his favorite daughter are reconciled at the end ...
Page 217
What the folktale behind the play and very likely the play itself does entail is a projection of incestuous desires on the part of the daughter . In this sense , the plot revolves around Cordelia , not Lear ; and as we shall see ...
Page 301
Vance Randolph , Pissing in the Snow w Other Ozark Folktales ( Urbana , 1976 ) , 9 . 25. ... namely , a report of an international congress , which appeared as a volume ( XXII ) of the Greek folktale journal Laograpbia . 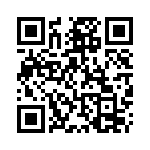