Page 39
While I was admiring the non-Englishness, the air of being literally translated
from the Welsh, of some of these linguistic forms, Elizabeth was explaining to her
husband my connection with the matter in hand. I felt his eyes shift appraisingly ...
Page 199
And it won't matter much if he does turn up, actually.” I hesitated. “Why won't it?” “
Vernon knows all about me, don't worry. You must have guessed, haven't you,
that there've been other chaps before you?” “Yes, I think I had.” “You're not to ...
Page 221
Yes, I know a bit of chasing round after other women now and then doesn't matter
, according to you. As long as there isn't too much of it. Well, according to me a bit
does matter, a bit's too much. Any at all's too much, so it's over, there's nothing ... 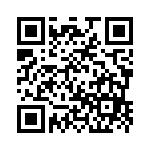