≤ƒ 55 ≠∂
According to the author of Thought Force in Business , °ß Business success is due
to certain qualities of mind . Anything is ... Just learn about Your Forces and How
to Use Them ; it is the key to Mastery of Fate , and The Culture of Courage .
≤ƒ 171 ≠∂
44 Take the case of the military , in particular the Air Force . After World War II an
extensive study of the effects of strategic bombing in Germany indicated that its
costs , in pilots and equipment , far outweighed its military effects , which were ...
≤ƒ 273 ≠∂
The work force , Langton notes , was produced by the enclosure movement , in
which the nobility began to use their land for ... However , this work force needed
disciplining , since , according to contemporary accounts accepted by Langton , it
... 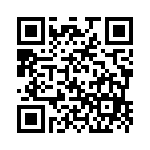