For decades, Cecie Starr has been known as one of the best-selling biology textbook authors. Her texts, appreciated for their clarity in both the written word and the visual representation of biological concepts, include multiple editions of BIOLOGY: THE UNITY AND DIVERSITY OF LIFE, BIOLOGY: CONCEPTS AND APPLICATIONS, and BIOLOGY TODAY AND TOMORROW. Her original dream was to become an architect. Instead of building houses, she now builds, with care and attention to detail, texts based on this philosophy: "I invite students into a chapter through an intriguing story. Once inside, they get the great windows that biologists construct on the world of life. Biology is not just another house. It is a conceptual mansion. I hope to do it justice.

Beverly McMillan has been a science writer for more than 30 years and holds undergraduate and graduate degrees from the University of California, Berkeley. In addition to her work on this textbook, she has coauthored eleven editions of a human biology text and written or coauthored numerous trade books on scientific subjects and natural history. She has also worked extensively as a content developer and editorial manager in educational and commercial publishing, including co-publishing ventures with Yale University Press, the Smithsonian Institution, the U.S. National Park Service and other partners. 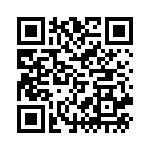