Page 59
From measurements of mobilities of sodium, hydronium, and potassium ions in
soda-lime and binary soda-silicate glasses (Doremus, 1973; Ehrmann ex ai,
1964; Evstropev, 1960), it appears that the addition of calcium to the glass lowers
the ...
Page 60
reduction in the rate of the initial reaction of aluminosilicate glasses with water. If
a second alkali oxide, such as potassium, is added to a sodium silicate glass, the
durability of the glass is increased (Morey, 1954; Peddle, 1921; Sen and Tooley ...
Page 67
The high solubilities of boron, aluminum, and lead oxides in acids apparently
lead to their deleterious influence on acid durabilities of glasses containing them.
Hydrofluoric acid dissolves silicate glasses rapidly, probably because of the ... 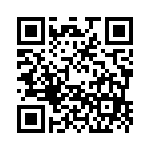