Page 8
or male-female relationships — in other words, on any relationship that included
at least one male. Knowing this is important, because it means that almost
everything the so-called experts say about mother-daughter relationships has
come ...
Page 100
The motion picture Nuts, in which the character played by Barbra Streisand has
been sexually abused by her stepfather, reflects some of the worst harm that can
be caused by the male superiority myth. Because of that myth, the mother ...
Page 253
153, 155, 186, 191 see also Child abuse Males fear of female power assumption,
61 - 62, 123 mother-daughter competition for attention from, 97-98, 185 as
recipients of nurturance, 83-84 as rule makers, 73, 74, 75-76 superiority of (myth
five), ...

Written in the conversational style that typifies self-help books, this work explores cultural biases and the myths of angel-witch, perfect mother, and bad mother as the basis for daughters blaming ... Read full review 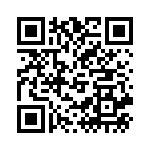