The boy in the striped pajamas by John Boyne is a very great book. the time of the book taked place during the Holocaust. Bruno is a nine year old boy who's father has gotten transferd to a ... Read full review

The Boy in the Striped Pajamas is a powerful story from the point of view of a nine-year old boy. The story is a little slow in the beginning, but once readers reach the middle the book becomes ... Read full review

John Boyne was born in Ireland in 1971 and studied at Trinity College, Dublin, and the University of East Anglia, Norwich. His novels have been published in over forty languages, and his books for young readers include Noah Barleywater Runs Away and The Terrible Thing That Happened to Barnaby Brocket. The Boy in the Striped Pajamas won two Irish Book Awards, topped the New York Times Bestseller List, and was adapted into a Miramax feature film. He lives in Dublin. To learn more, visit JohnBoyne.com or follow him on Twitter @john_boyne.

In addition to his New York Times Bestselling books The Day the Crayons Quit and The Day the Crayons Came Home, Oliver Jeffers' other picture books include How to Catch a Star; Lost and Found; The Way Back Home; The Incredible Book Eating Boy; The Great Paper Caper; The Heart and the Bottle; Up and Down; Stuck; The Hueys in the New Sweater, a New York Times Best Illustrated Book of the Year; and This Moose Belongs to Me. Jeffers also illustrated the covers of two other John Boyne novels: Noah Barleywater and The Trrible Thing That Happened to Barnby Brocket. Originally from Belfast, Northern Ireland, Oliver now lives and works in Brooklyn, New York. 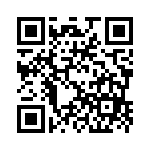