Page 345
It appeared to us next day , as clear as clear , that the ikons were not the only reason for the firewalking ceremony , and that there was another reason , much older , very deep and hidden , perhaps tied up with the fire - walking cult ...
Page 346
Then we were told that the firewalkers would soon begin to dance in a house , but no one knew in which house ; the saint would ... very upright , staring with glittering eyes at the fire - walkers , trying to impose his will on them .
Page 348
His little frail appeared , smiling in an aloof way , body showed signs of breaking up , and we talked to him a great deal , and he said the fire - walking was but not much about the fire - walking . not as good as usual ; for the crowd ... 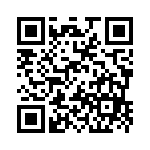