Mike Alsford is Senior Lecturer in Theology at the University of Greenwich, London, and the author of "What If? Religious Themes in Science Fiction. 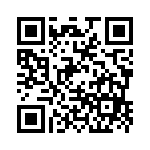