Page 477
Women's liberation has a long, tough, political fight before it, and our oppression,
which is ultimately maintained by force, can only be overcome by force. Women
will be needed as fighters. Finally, Simone de Beauvoir says that "Violence is the
...
Page 487
women into the work force (women and children were the first factory workers)
would destroy the family unit, and that women would fight as workers, with men,
for the overthrow of capitalism. That did not happen, nor were women freed in the
...
Page 516
The police force, National Guard, Army, Navy, and Marines combined couldn't
squelch a rebellion of over half the population, particularly when it's made up of
people they are utterly helpless without. . . The conflict, therefore, is not between
... 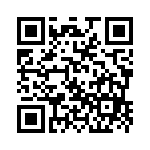