Page 29
I knew a young woman, whom I will call Jane, who married, in the early years of
the Soviet regime, a Russian scientist employed in Russia. They lived in
Leningrad and she was allowed to come for a few weeks every year and visit her
mother ...
Page 81
While waiting for him, a young woman came in and began talking to a man who
was sitting near us. She is described in Virginia's diary as 'one of those usual
shabby, loose, cropheaded, smallfaced bright eyed young women'.
Page 175
Like most young poets, they took a pretty black view of the past, the present, and
the future; it might be said of them, to quote Empson, that they “learnt a style from
a despair' (though every now and again, particularly with Julian, in the best ... 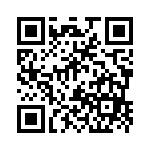