W. George Scarlett is senior lecturer and deputy chair of the Eliot-Pearson Department of Child Study and Human Development at Tufts University. He received a BA from Yale University, an MDiv from the Episcopal Divinity School, and a PhD (in developmental psychology) from Clark University. He has authored or co-authored six books and co-edited the Encyclopedia of Religious and Spiritual Development (published by SAGE). His second most recent book was Approaches to Behavior and Classroom Management (also published by SAGE). He has been the lead author or co-author of chapters in The Handbook of Child Psychology and The Handbook of Life-Span Development – both leading resources for professionals conducting research on children and adolescents. In addition, he has published numerous articles on a variety of subjects pertaining to children, including articles on behavior management, and he has been on the research teams of several internationally known leaders, including Ed Zigler at Yale (early research on Head Start) and Howard Gardner at Harvard (early research on multiple intelligences). He has served as a consultant to the Cambridge, Somerville, and Lowell Head Start systems in Massachusetts and directed a residential summer camp for children with emotional and behavioural disorders. Currently, he is a regular consultant to reporters and news agencies, communicating to the general public best practices for raising and educating children and youth. At Tufts, in addition to his administrative duties as the department’s deputy chair, he teaches courses on approaches to problem behavior, children’s play, and spiritual development, and writes a column, “Kids These Days,” for Tufts Magazine.

is a graduate of Holy Cross College and a former Watson Scholar. She has conducted extensive research in preschools in the United Kingdom, Taiwan, China, Japan and Newfoundland and has worked for Sesame Street Research at the Children’s Television Workshop in New York.

Jay P. Singh is a former recipient of the SRCD Horowitz Millennium Scholarship, the SRA Emerging Scholars Award, the a member of Tufts University’s PACE and IPC research teams, and a clinical associate at Yale University’s EGLab. He is presently engaged in graduate studies at Oxford University. His major work focuses on emotion recognition biases in psychopathic development and allegiance effects in risk assessment tools. 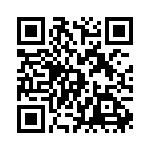