Page 68
There is apparently a continuous range of crystals between the ionic and the
covalent limits . It is often of importance to estimate the extent to which a given
bond is ionic or covalent , but this may be difficult to do with any confidence . We
think ...
Page 70
It is believed that the hydrogen bonds is largely ionic in character , being formed
only between the most electronegative atoms . The hydrogen atom loses its
electron to one of the other atoms in the molecule ; the proton forms the hydrogen
...
Page 613
Infrared absorption , 112 , 115 Infrared reflection , superconductors , 456 , 467
Interfacial polarization , 164 , 175 , 180 Intermediate state , superconductors , 454
, 470 Intrinsic conductivity , 347 Inversion center , 17 Ionic character , 68 Ionic ... 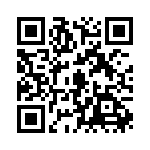