Page 155
The “Altalena” with her nine hundred soldiers, five thousand rifles, four million
rounds of ammunition, three hundred Bren guns, 150 spandaus, five caterpillar-
track armoured vehicles, thousands of air-combat bombs, and the rest of her war
...
Page 171
The “Altalena” was destroyed—but she gave the Jewish people some two
thousand modern rifles, about a million rounds of .303 ammunition, and 250 Bren
and other machine-guns. At Ramleh and Lydda these much-needed arms—and
how ...
Page 176
Several days later, Irgun boys, including boys from the “Altalena,” were to be
found on all the fronts facing the invader —men like Joe Kohn of Philadelphia
and Nathan Cashman of London who gave their lives fighting heroically for
Jerusalem, ... 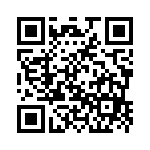