AS, SUDDENLY THINGS OFTEN CHANGE IN LIFE, SO IT WAS WITH HOPE MONTGOMERY. BEFORE SHE COULD SHARR THE EXCITING NEWS WITH HER HUSBAND OF THEIR FIRST CHILD, HE WAS TAKEN FROM HER...SHE LOST EVERYTHING ... Read full review

Pamela was born and raised in Michigan. She came from a family of six kids, but her oldest sister, Marilyn, died at the age of four months before Pamela was born. She graduated from Thornapple Kellogg School in Middleville. When Pamela was around twelve she began dreaming of being a published author. She loved reading, but never had the confidence to follow through in writing. Time went on, Pamela got married to her wonderful husband, Tom, and they had two children. Then, something happened to change the course of their lives. A friend was killed in a drunk driving auto accident which prompted them to rethink the direction of their lives. So, they began attending a local church and one Sunday evening knelt to ask Christ to come into their lives and take charge. That was Sept. 7, 1975 and what a roller coaster ride the Lord has had them on since then! One year later, Tom began attending a Bible School in Grand Rapids; and in June 1980, the couple joined their first mission to be foreign missionaries in South America. They've been in full time ministry ever since. From 1980 until Fall of 2001, Pam and Tom served with various missions in Mexico, Bolivia, and in the States. Then Pamela developed some medical issues, so they left missionary status to take a full time pastorate at a country church in Michigan. By that time, their two children met their future spouses and got married. Pamela now has six beautiful grandchildren - the oldest two in their 20's, the next two are 8, plus they have a 7 and 6 year old. That breaks down to - four girls and two boys. Then in June 2004, son Paul's colon ruptured due to complications from Crohn's disease and Pamela's life turned another direction. For the first time in her Christian walk, she struggled with God over the issue of bad things happening to good people. Those thoughts prompted her to read the Old Testament Book of Job That study prompted the writing of this - her first fiction novel - OUT OF THE WHIRLWIND; which also began the Whirlwind Series of which she now has three in the series. 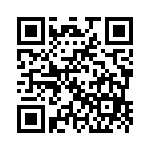