Jan Forsgren has an MA in History and specialises in Sweden’s relationship with Cambodia from 1975 to 1989; other academic merits include international law and archival science. He enjoys travelling, aviation history and previously contributed towards Fonthill Media with the critically acclaimed Sinking the Beast: The RAF 1944 Lancaster Raids Against Tirpitz and The Junkers Ju 52 Story. 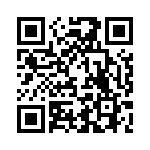