Jack Heath exploded on the Australian publishing scene as a teenager with his debut novel The Lab which was published to high acclaim. Since then Jack's been published in the US and UK, and shortlisted for numerous awards including the Aurealis Award for Best Sci Fi Novel as well as the Nottinghamshire Best Book Award, and in 2009 was the ACT Young Australian of the Year. Jack Heath's most recent novel is Replica. 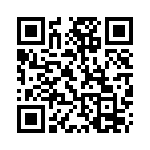