Warwick Frost is Senior Lecturer in Tourism and Heritage at Monash University, Melbourne, Australia. His research interests include environmental history, ecotourism, cultural heritage and the interplay between tourism and the media.

Michael Hall is a Professor in the Department of Management, University of Canterbury, New Zealand and Docent in the Department of Geography, Oulu University Finland. Co-editor of Current Issues in Tourism he has published widely in the tourism and environmental history fields, including a long-standing interest in wilderness, national parks and World Heritage. 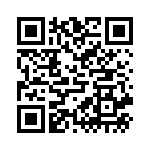