Page 56
Such a relationship could have proved very dangerous to the authorities , especially during the dry summers at the turn of the century , when it was feared that either of these troublesome groups of people might set fire to the ripening ...
Page 255
In company with Horatio Wills , W. A. Duncan and J. D. Lang , he was especially concerned to bring a new distinctively Australian fervour to officially approved literature . Like nationalists elsewhere , he was drawn to the idea that ...
Page 370
... Journal of the Central Australian Expedition 1844-45 , edited by J. Waterhouse , Caliban , London , 1984 , pp . 2 , 7–8 ; T. Mitchell , Journal of an Expedition into Tropical Australia , Longman , London , 1848 , especially pp . 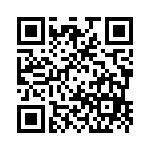