Not what you might expect I hoped that reading this book would give me a better understanding, in an historical context, of the issues involved in the controversies about the foundations of ... Read full review 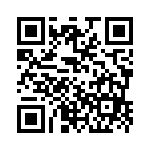