Page 219
He trapped birds , snakes , spiders , crocodiles , and sent them to museums — for a stick of tobacco the Brinken would bring in enough to sink a ship , while keeping the family in fish , game , geese - eggs and Daly wild apples for pies ...
Page 246
Shepherding their sheep from wild dogs , building the house , guarding the stores from wild blacks , so “ Bradshaw's Buccaneers ” formed Bradshaw's Run . Under their flag of all nations they enlisted a Russian named Egoriffe .
Page 384
One morning in 1904 a rag of a lugger with a crew of wild blacks crept round Point Charles into Darwin Harbour . It was Nebraska , Jack Bulanda in command . A boy of nineteen , with no knowledge of navigation , he had brought her four ...

So if this book is called The Territory - why is the cover an image of the state of Queensland? 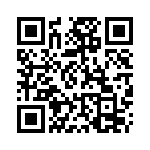