Joanna Russ (1937–2011) was a radical feminist writer and academic who became one of the seminal figures of science fiction during the 1960s and ’70s, when women began to make major inroads into what had long been a bastion of male authorship. Her best-known novel, The Female Man, is a powerful mix of humor and anger told from the alternating points of view of four women—genetically identical, but coming from different worlds and vastly different societies. Russ wrote five other novels—including the children’s book Kittatinny—and is renowned for her literary criticism and essays. Her short stories appeared in leading science fiction and fantasy magazines and have been widely anthologized as well as collected into four volumes. She received the Nebula Award for her short story “When It Changed” and a Hugo Award for the novella “Souls.”
Russ received a master of fine arts degree from the Yale School of Drama and was a 1974 National Endowment for the Humanities fellow. She was a lecturer at Cornell and other universities and a professor of English at the University of Washington, where she taught from 1984 to 1994. Her scholarly work includes How to Suppress Women’s Writing and To Write Like a Woman, among others. Her papers are collected at the University of Oregon. 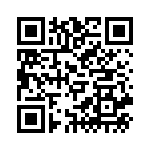