Page 83
These alterations described so far may be found in intra- and extrahepatic
cholestasis , whereas two features , the extravasation of bile and bile infarcts , are
diagnostic criteria for extrahepatic obstruction , though their absence does not ...
Page 133
Although extrahepatic cholangitis can instigate a spontaneous stricture of the bile
ducts , strictures are far more often an aftermath of surgical accidents , which may
occur , e.g. , in an effort to arrest hemorrhages from the cystic or hepatic artery .
Page 159
... 149 displacement , 145 , 148 fibrocystic disease , 142 fistula , 126 , 132
pancreatic aberrant tissue , 141 coma , hepatic , 70 , 75 , 89 common bile duct ,
see duct , bile , duct - continued bile – continued extrahepatic – continued
innervation ... 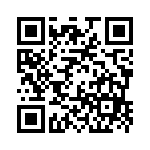