Page 38
Moreover , as a discoverer of the mine , Karlson surely had a right to receive the offer of the highest bidder , for the rich ore was found on ground which he had cleared of boulders six months earlier and which Strong had refused to ...
Page 147
The company was so poor , however , that it had to borrow Ł 4,000 from Nivison to pay William Rich , a former manager of the Rio Tinto mine , to inspect the property . Jonathan Angus , one of the new directors , was chosen to accompany ...
Page 148
furnaces , known locally as coffee pots , made a small profit on rich ore and lost on anything poorer than 7 per cent . He estimated that if they smelted all the ore that remained in the mine they would lose Ł 119,000 in two years . 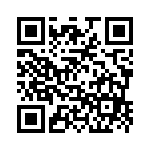