Another book I was reluctant to read due to the hype surrounding the movie version - but I'm glad I picked it up. I understand the book is considered "teen fiction" and I found it lacked a little ... Read full review

This book was a lovely Sunday read. I enjoyed the fast, interesting pacing and the adventure of the plot, despite my usual distaste for dystopias. Kat's dishonesty to Peeta angered me, but the next book solves that, right? RIGHT? Read full review

Suzanne Collins was born on August 10, 1962. She was born in Hartford, Connecticut and graduated from Indiana University with a double major in Drama and Telecommunications. Collins went on to receive an M.F.A. from New York University in dramatic writing. Since 1991, she has been a writer for children's television shows. She has worked on the staffs of several shows including Clarissa Explains it All, The Mystery Files of Shelby Woo, Little Bear and Oswald. She also co-wrote the Rankin/Bass Christmas special, Santa, Baby! and was the head writer for Scholastic Entertainment's Clifford's Puppy Days. Her books include When Charlie McButton Lost Power, The Underland Chronicles, and the Hunger Games Trilogy. Book one of this trilogy, The Hunger Games, became a major motion picture in 2012 with Oscar-winning actress Jennifer Lawrence portraying the main character of Katniss Everdeen. Catching Fire, book 2 of the trilogy, became a major motion picture in 2013. Mockingjay - Part One was released as a film in 2014 and Part Two in 2015. 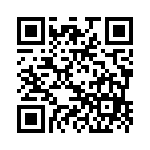