Marjorie A. Hoy, Ph.D., is an eminent scholar in the Department of Entomology and Nematology at the University of Florida (UF) and was elected as Fellow in 1996. She is internationally recognized for her research that uses genetic tools to improve biological control in agricultural crops, including classical biological control in citrus. She released a transgenic strain of Metaseiulus occidentalis (Acari: Phytoseiidae) in 1996 and helped define some of the risk issues associated with releasing transgenic arthropods into the environment.

Hoy was born in Kansas City, KS in 1941. She attended the University of Kansas for her B.A. as a National Merit scholar and Elizabeth M. Watkins scholar, graduating Phi Beta Kappa in 1963. She obtained the M.S. (1966) and Ph.D. (1972) from the University of California-Berkeley (UCB). After completing the Ph.D., she worked at the Connecticut Agricultural Station and the U.S. Forest Service on genetic improvement of natural enemies of the gypsy moth. In 1976, she returned to UCB as an assistant professor and is an emeritus full professor. Her project on genetic improvement of M. occidentalis demonstrated, for the first time, that a laboratory-selected natural enemy could be deployed effectively in an IPM program in CA almond orchards. In 1992, she accepted an endowed chair (Davies, Fischer and Eckes professor of biological control) at UF, where she teaches courses in agricultural acarology, insect molecular genetics, and bioterrorism.

Hoy's laboratory conducts basic and applied research on natural enemies and recently sequenced the transcriptome and genome of the predatory mite M. occidentalis. She pioneered the use of genetics to develop improved natural enemies of pest insects and mites. Hoy has published more than 350 scientific papers and has completed the third edition of her textbook Insect Molecular Genetics. In 2011, she published Agricultural Acarology: Introduction to Integrated Mite Management. Books edited include Biological Control in Agricultural IPM Systems, Biological Control of Pests by Mites, and Recent Advances in Knowledge of the Phytoseiidae. 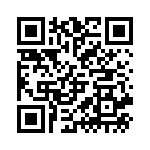