Page 56
"No, in Oxfordshire." "My grandfather lived there," said Miss Green. "What was
their name?" "Fennel. The father was an auctioneer." "Fennel," said Miss Green. "
I wonder if he'd remember them." "They're still there," Katherine said. To speak of
...
Page 116
Most of the mornings they spent at the house, setting the afternoons aside for
excursions; these were slow and leisurely bicycle rides around the many south
Oxfordshire villages, to Nuneham Courtenay, to Dorchester to see the church and
its ...

Philip Larkin was a British poet, novelist, critic, and essayist. Born in 1922 in Coventry, England, he graduated from St. John's College, Oxford, in 1940 and then pursued a career as a librarian, becoming the librarian at the University of Hull in 1955. Although he led a retiring life and published infrequently, producing only one volume of poetry approximately every 10 years, Larkin was still considered one of the preeminent contemporary British poets. He is often associated with the "Movement," a 1950s literary group that, through the use of colloquial language and common, everyday subjects, endeavored to create poetry that would appeal to the common reader. However, this association came about mainly because Larkin's poem "Church Going," for which he first gained critical attention, was published in New Lines, an anthology of the "Movement" poets. In reality, his work, particularly his later poems, is not typical of the group. Larkin's published a total of only four volumes of poetry: The North Ship (1945), The Less Deceived (1955), The Whitsun Weddings (1964), and High Windows (1974). He also wrote two novels, Jill and A Girl in Winter, and published two volumes of prose, Required Writing and All That Jazz, a collection of his reviews of jazz records. Philip Larkin died in 1985. 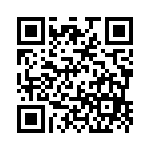