Page 39
Later, in 1645, J- B. Tavernier covered the same ground and wrote a list of the
towns and villages passed, with the distances between each. Jourdain's route
has been dealt with by Mr Foster, together with the greater number of Finch's
halting ...
Page 84
1 " Between Agra and Lahore, which two cities are now by far the chief of the
empire, there is a distance of 400 miles. The whole intervening region is a
perfectly level plain, and the royal road is shaded on both sides by trees, like a
pleasant ...
Page 272
4 Tavernier's estimate of the distance from Surat to Agra, viA Ahmadabad, is "415
cos," practically the same as Mundy's, but his stages are different. Tieffenthaler (III
. p. 27) makes the distance 669 miles. Mundy's second calculation is wrong, ... 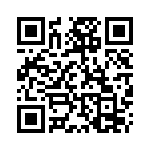